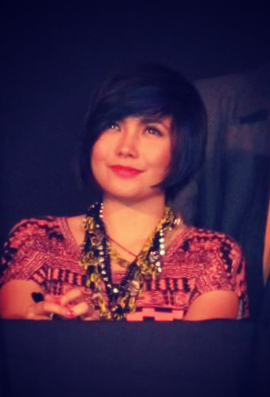 Constantino is the youngest of five siblings in the Constantino family. She is a second cousin of television host and Pinoy Big Brother: Teen Edition Plus second big placer Robi Domingo. Her family was raised as a born-again Christian.

On August 27, 2006, Yeng Constantino auditioned for the inaugural season of the singing competition Pinoy Dream Academy. In December, Constantino won the competition after garnering 697,648 votes (37.32%), becoming the first "Grand Star Dreamer", followed by Jay-R Siaboc as the first runner-up.

After the success of her multi-platinum debut album, Star Records produced Constantino's second album. On February 28, 2008, her second album, Journey was launched. The carrier single is "Ikaw Lang Talaga". The album contains 12 tracks, some of which were written by Yeng herself. The album reached Gold status after several months.

Lapit, her third studio album, was released digitally via Star Records' official website on October 9, 2009, then later released in physical format in music stores in the Philippines; a week later, the album was pulled due to some technical errors in the album track listing and was re-released before its grand album launch on November 1, 2009. Lapit went on to receive Platinum status.

On October 5, 2011, Star Records released her first live album, entitled Yeng Versions Live, on which she sings 80's and 90's OPM hits. It was commercially successful and achieved Platinum status shortly after its release.

She released her fourth studio album entitled Metamorphosis on January 28, 2013. Its first single, "B.A.B.A.Y", was released to radio stations on January 9. The music video for the second single, "Chinito", premiered on May 24 on Myx Channel. It features Filipino actor Enchong Dee as Constatino's love interest. The third single, "Sandata", was released on July 3, 2013.

By June 2013, Constantino began a relationship with Victor "Yan" Asuncion, a fellow musician and worship director at Victory Christian Fellowship.

The album reached Gold in December 2014.

In March 2014, after nine months of dating, Constantino announced her engagement to Asuncion through an Instagrampost. On February 14, 2015, the couple married at a resort in Tagaytay, Cavite. Since September 2015, both Constantino and Asuncion went on vegan diets.

She released her fifth album, All About Love, which was her attempt to tackle new genres beyond her pop-rock image. It was released on iTunes on October 30, 2014, and on CD on November 27, 2014. The music video for the first single, "Ikaw", premiered on August 30 on Myx Channel, which also served as a prenuptial with her then-fiancé Yan Asuncion.[clarification needed] On December 13, 2015, the album was awarded with Gold and Platinum awards on ASAP for reaching 15,000 sold copies.

In November 2014, she admitted on her website that she was a fan of contemporary stars Demi Lovato, Taylor Swift, Hayley Williams and Avril Lavigne.

In May 2015, Constantino announced that she would co-host the second season of The Voice Kids, alongside Luis Manzano and her cousin Robi Domingo, replacing Alex Gonzaga. The season aired on ABS-CBN from June 6 to August 30, 2015.

In May 2015, Constantino announced plans to release a musical in 2016 that would feature her discography from the past years to celebrate her tenth year in the music industry.

Login or Register to enable comments
PinoyAlbums Group 2014-2020 | 103-0.746
wpDiscuzComment Author Info
You are going to send email to
Move Comment