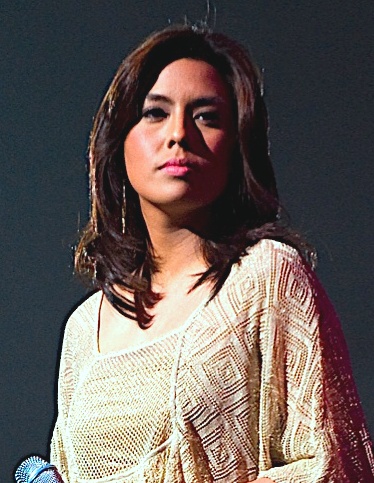 Monica Pauline "Nikki" Gil-Albert (born August 23, 1987) is a Filipino singer, actress, host, model, and former video jockey. She is known for being part of the afternoon remake of Carlo J. Caparas' Pieta (2008–2009), and also in 2009, she portrayed Princess Punzalan's role in the afternoon drama Nagsimula sa Puso (2009–2010). She is also well known for her lead portrayal as Jennifer "Jenny" La Peña in the 2012 remake of the 1990 radio serial of Salvador Royales's Mundo Man ay Magunaw, originally played by Jennifer Sevilla in the film version and was produced by SEIKO Films.

Gil first rose to prominence when she was 17 years old after appearing in a 2005 Coca-Cola commercial. After that, she went on to released her first self-titled album, Nikki Gil, that same year under EMI Philippines with “Sakayan ng Jeep” as the carrier single. In 2006, it was repackaged and rereleased with and additional song, “Glowing Inside”. In July 2006, EMI Philippines and Walt Disney Records hired Nikki along with other Asian artists (Vince Chong of Malaysia and Alicia Pan of Singapore) to sing and to star in the music video of "High School Musical", a Disney Channel production. Nikki also sang “Breaking Free” and “Gotta Go My Own Way” in the production's album.

In 2008, Gil released her second music album, Hear My Heart, with “Hear My Heart” as the carrier single. She co-wrote the song with her younger sister, Dani. During the same year, Disney hired her to sing and star in the music video of the pop version of "It's a Small World After All". In addition, she was asked to sing the Tagalog version of the song at the grand opening of "It's a Small World" in Hong Kong Disney Land.

In 2010, Gil released her third music album, Somebody to Love, with "Somebody to Love" as the carrier single, a song written by her younger sister, Dani. Gil played the character of Elle Woods in the Manila production of the musical Legally Blonde which is based on the 2001 Metro-Goldwyn-Mayer motion picture Legally Blonde and the novel by Amanda Brown.

In 2014, Nikki moved to her new recording company Universal Records.

In 2005, Gil was given a VJ stint for ABS-CBN's music channel subsidiary, MYX until she left MYX in January 2016. She was also picked to host the now-defunct talk show MRS on ABS-CBN and morning show Breakfast on Studio 23. She later would join the cast of the weekly variety show ASAP Mania. In 2006, she was joined by Toni Gonzaga, Bianca Gonzalez and Sam Milby as a host for the first season of Pinoy Dream Academy, a singing reality show from Endemol. In 2007, she became part of an anime-inspired fantasy series “Rounin” and as an extended cast for the drama series “Pangarap na Bituin”. In 2008, she was again chosen to be the host for the season 2 of Pinoy Dream Academy with Toni Gonzaga and Billy Crawford. In 2009, she appeared in “Pieta”, an afternoon teleserye with Ryan Agoncillo, and also appeared in the teleserye “Florinda” with Maricel Soriano. Nikki Gil is one of the mainstay on ABS-CBN with ASAP XV. In 2010, she started hosting E-Live along with Luis Manzano and Ogie Diaz. She also did a fair share of hosting occasionally on Showtime replacing Anne Curtis.

In 2007, Gil did her first movie appearance by doing a cameo role as John Lloyd Cruz’s best friend for One More Chance. In 2009, she appeared along with Bea Alonzo, Sam Milby, Derek Ramsay for a Star Cinema movie entitled And I Love You So. In 2010, she was the lead actress in a romance film entitled The Red Shoes produced by Unitel Pictures with Marvin Agustin, which won the Best Picture in the 27th Bogota International Film Festival.

In 2013, she played a special participation role in Apoy Sa Dagat as young Odessa, and later became a star antagonist in the remake of Maria Mercedes as Misty. The same year, Nikki Gil won as Best Single Performance By An Actress for her role in "MMK" in the recent 2013 PMPC Star Awards For TV.

In 2014, she was a member of the cast of Hawak-Kamay, playing Meann.

She has a sister, Dani Gil, who also sings and plays the piano. Dani helped Nikki compose her songs, too. Nikki first performed in front of an audience in church as a worship leader before entering the entertainment business.

In 2008, Gil began dating Billy Crawford, and their relationship ended in 2013. According to Gil, the breakup was caused by Crawford's infidelity while she chose to remain celibate until marriage: "The scary thing, knowing what I know now, is I would have said yes to his insincere offers of marriage!" she said. "I was made to believe I was making up these things in my head—I thought we were just plateau-ing." Gil married BJ Albert (nephew of singer-actress Joey Albert) on November 21, 2015. In November 2017, Gil gave birth to her first child, a boy. She is now retired from showbiz to focus on her marriage to Albert.

Login or Register to enable comments
PinoyAlbums Group 2014-2020 | 103-0.538
wpDiscuzComment Author Info
You are going to send email to
Move Comment