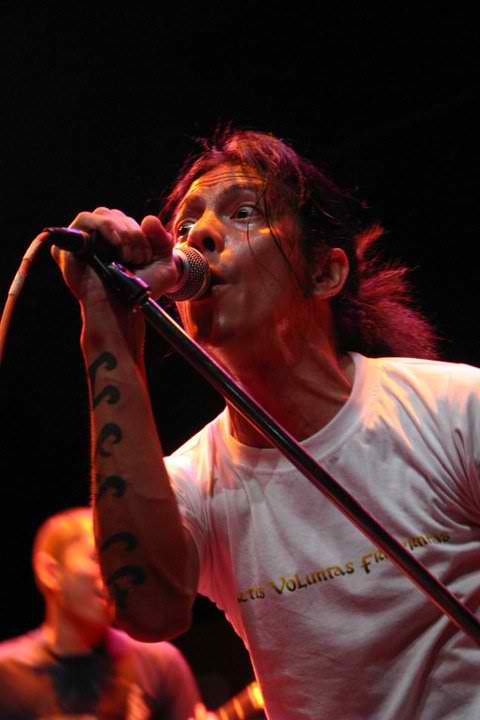 No Known INFO for other Band Members

In 1995, rock band Advent Call, which had formed in the mid-'80s, released its debut album, Alterednatives, issued on the Neo Records label of independent Viva Music Group. The album yielded a major radio hit in the campy, rock-inflected reworking of a song popular decades ago in the Philippines, "Memories (Of Our Dreams)," then performed by crooner Eddie Peregrina. Advent Call's version of the song has its share of campy crooning as well, but also runs through several tempo and style changes, including quick, ska-like passages and even an instrumental paraphrase of the 1960s BatmanTV series theme. There are a variety of styles heard on the album, including the metal-sounding "Palakasan" (Whoever Is Strong); an instrumental, "Ang Theme," which features attractive, searing electric guitar played over tender acoustic picking; and the piano-based "Naghihintay" (Waiting), on which vocalist Basha sings emotively. Despite the diversity, there is nothing particularly special about these songs, and most of them are unable to hold a listener's attention for long.

There was a story on the web that when the band was singing Puting Ilaw live, there is a spotlight stalking the vocalist. The band drew mainstream status with the two songs. Puting Ilaw was an enchanting rock ballad while their Eddie Pelegrina cover was just a fun song to sway your hips at. The band has since returned to the spotlight with a female vocalist and an entirely different look and feel (the Henry guy is the only remaining original member of the band).